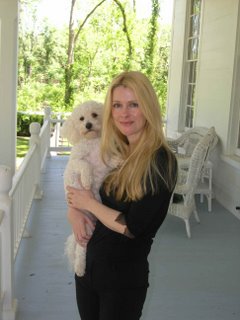 Our Guest Of Honor:

"...With the beauty of language and nuance of gestures, she captures the unspoken yet profoundest truths between husband and wife. I predict HIS LOVELY WIFE will find a huge audience and grab those lucky readers by the heart."

Elizabeth Dewberry is the author of three previous novels, including SACRAMENT OF LIES. Her plays have been produced in a variety of venues. She lives in Tallahasee, Florida with her husband, Robert Olen Butler.
Posted by Patricia Laplante-Collins at 11:07 PM