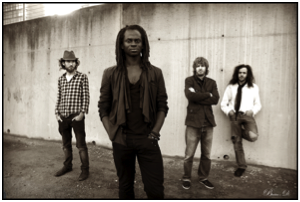 THANK YOU FOR FORWARDING TO FRIENDS!

WE'RE HAVING SOIREES ALL SUMMER!

FOR EXPATS OF ALL ORIGINS. FRENCH. VISITORS (ALL AGES).
PARIS IS HOT! HOT WORLD MUSIC AND A COOL VIEW OF 19TH CENTURY AFRICAN-AMERICAN PARIS.


Our friend Kesiena was live on French TV recently with his new single: "Love Is All I Have" (Plateau France 2 Vivement Dimanche 22 Avril 2012. He was great and held his own when chatting with TV greats. He looked really tall, slim and sexy. Michel Drucker was on the plateau and it was one of the last appearances of the late French legend and Vivement Dimanche host, Eric Charden. Kes's great collaborator and friend, Gunnar Ellwanger was there too on one of the guitars: See the live performance on:
http://youtu.be/lsj1QDT41pw

Kesesina has recently completed an album to be released next Fall
Our old friend, writer, Nelson Stobert is in Paris this summer completing research on the travels of Daniel Alexander Payne in Paris: what he saw and how he was received. "In fact, my time here this time was photograhing the sights he mentioned in his autobiography as well as looking at representative buildings that he would have seen while here. I have found it intriguing and fun to follow his trip here." (Payne was a Bishop and the first African American President of a US College - Wilberforce College.)

Nelson will speak more fully on Payne and his forthcoming book about Payne at a later date. This Sunday is a brief intro.
Address: A COOL, exotic venue with great food in the heart of the Latin Quarter!
It's €24.00 (EXACT CHANGE) for a fun gourmet dinner at one of our favorite, upbeat restaurants in the Latin Quarter, m° Cluny La - Sorbonne. Free-flowing wine. We'll confirm the address with the reservation.

RESERVE on parissoirees@gmail.com (If you have the telephone number). NO TEXT MESSAGES PLEASE
---
PATRICIA'S PARIS

A Cool New Bistro In Belleville.
Thank You Alexander Lobrano, Renowned Food And Travel Writer, For The Review.
“ROSEVAL--A Gourmet Spud in Belleville”
alexanderlobrano.com/blog/2012/7/20/roseval-a-gourmet-spud-in-belleville-b.html
Alexander Lobrano's book about Paris and Paris restaurants: "Hungry for Paris" alexanderlobrano.com
Alexander Lobrano, GOURMET magazine's European correspondent from 1999 until its recent closing, has written for almost every major food and travel magazine since he became an American in Paris in 1986---

Posted by Patricia Laplante-Collins at 2:19 AM